Simplicity in a brand new pack from Ultimate Direction   The brand new Fastpack 20 for this fall is build for longer runs in the mountains, day hikes and events like the OMM mountain marathon and adventureracing.   On the front you have access to two large pockets that can hold two bottles of water […] 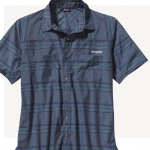 Anther look into new gear for 2015 is the upcoming gear from Patagonia. They introduce quite some news in the trail running range. And let me start with the most wierd one and yet the one I look most forward to test.   From sponsored atlethes they were asked if they could not do at […] 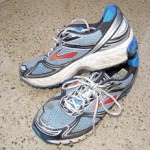 The American producer Brooks launched the fifth edition of their critically acclaimed neutral running shoe, Ghost, this year. In the U.S. running magazine Runner’s Worlds autumn 2012 shoe-guide, Ghost 5 won the “Editor’s Choice” award for the third consecutive year. Personally, I have had the opportunity to test the Ghost 5 in the course of […]

Let me entertain you